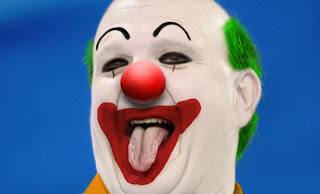 When a company chooses a strategy, it is usually important that the strategy must make sense given its existing business model. A strategy of changing the business model, however, is a much harder one to implement and takes years. And that's one of the reasons why I'm observing Microsoft.

OMG there's so much to catch up on! But it's clear the trends I was referring to in my previous installments are being realized. To start with, I looked at their Surface and Windows 8 strategy, and then I looked at their management of the Windows brand, and its subsequent performance in the crucial holiday season.

Converting themselves into a hardware company, in the Apple model, is sheer madness for a software company like Microsoft. It will kill off their business model very quickly, I think. And yet they continue to do it, company culture be damned.

Ballmer is a coach personality, and clearly business looks like a football game to him. I can imagine him saying "if a strategy is not working against our opponent, then we must change it up". But it's clear that it's much easier to do this with a football team than it is to do the same with a company of 100K employees.

So I wonder why Microsoft doesn't just focus on making business simpler? Instead, they have been making it more and more complex by the ever-expanding features of Office, their business suite.

As one of Steve Jobs' favorite artists, Bob Dylan, once said "the times they are a changin'". And Steve knew it, too. At TED in 2010, Steve said that the transition away from PCs in the post-PC era had begun and that it would be uncomfortable for a few of its players. I took this to mean Microsoft, particularly. But how has it played out so far?

Microsoft is a software company that dabbles in hardware. Most of its revenues come from software, but remember that they make keyboards and mice and also a gaming console. These are only dabbling though, because the real innovation and money is to be made in gadgets like phones, tablets, and laptops. But their OEMs make gadgets, which requires a significantly greater level of expertise and design sense. So Microsoft's entry into gadgets can only represent their desire to sell devices, not licenses. They want to be like Apple, but specifically they want to own the mobile ecosystem and sit on top of a pile of cash that comes from device revenues. And the OEMs like HP, Lenovo, Dell, Acer, and Asus are a bit left out; they must compete with their licensor. That can't be good.

So Microsoft is clearly changing its business model to sell hardware and to build custom software that lives on it. Hence Surface RT and Surface Pro. But their first quandary must be a hard one: what can they possibly do with Windows? Windows 8 is their first answer. The live tiles "Metro" style interface is unfortunately like greek to existing Windows users. The user experience, with no start menu, must seem like an alien language to them.

This entire process is beginning to look like a debacle. If it all continues to go horribly wrong, the post-PC era could happen a lot sooner than Steve thought.

Microsoft ignores their core competence as they blithely convert themselves to a hardware company. Specifically, I think that's why they are doing it badly.

They could end up nowhere fast.

Microsoft is a veritable revenue juggernaut and has done a fairly good job of diversifying their business.  An analysis of Q4 2012 reveals the following breakdown of their business units in revenue out of an $18.05B pie:

This reveals that business is their strongest suit. Servers also speak to the business market. Online services also largely serve businesses. Each division, year over year, had the following increase or decrease as well:

This reveals that Xbox is their fastest-growing area. It is believed that Xbox is leaving the PowerPC and moving to AMD cores and their Radeon GPUs. This could be a bit disruptive, since old games won't work. But most games are developed on the x86/GPU environment these days.

It also shows that their Windows division revenue was down 12.4% during the quarter year over year. This involved a deferral of revenue related to Windows 8 upgrades. Umm, revenue which most likely hasn't materialized, and so you can take the 12.4% as a market contraction.

Why is the market contracting? Disruption is occurring. The tablet and phone market is moving the user experience away from the desktop. That's what the post-PC era really is: the mobile revolution. Tablet purchases are offsetting desktop and laptop PC purchases. And most of those are iPads. It gets down to this: people really like their iPads. It is a job well done. People could live without them, but they would rather not, and that is amazing given that it has only been three years since the iPad was released.

The consequence of this disruption is that PC sales are tumbling. If you dig a little deeper, you can find this IDC report that seems to be the most damning. Their analysis is that Windows 8 is actually so bad that people are avoiding upgrades and thus it is accelerating the PC market contraction. On top of the economic downturn that has people waiting an extra year or two to upgrade their PC.

Microsoft CEO Steve Ballmer stated in September 2012 that in one year, 400 million people would be running Windows 8. To date, it appears that only 80 million have upgraded (or been forced to use it because unfortunately it came installed on their new PC). That's why I said we need to ignore that deferred revenue, by the way.

If you look at OS platforms, Microsoft's future is clearly going to be on mobile devices. Yet they are not doing so well in mobile. In fact, they are becoming increasingly irrelevant, with about 80% of their Windows Phone models on only one manufacturer, Nokia. Soon, I think they may simply have to buy Nokia to prevent them from going to Android.

In the end, you can't argue with the numbers. The PC market is contracting, as evidenced by Windows revenue declining year-over-year. Tablets are not a fad. As the PC market contracts there are several companies that stand to lose a lot.

What is the Microsoft reorganization about? There are three things that I single out.

The first and most noticeable is the that the organization puts each division across devices so the software development is not device-compartmentalized, and so that Windows for the desktop is written by the same people who write Windows for the devices. At least in principle.

And, of course, games are now running on mobile devices, dominating the console market. And undercutting the prices.

This closely mirrors what Apple has been doing for years. And this clearly points out that Microsoft is envious of the Apple model and its huge profitability.

Second, in reorganizing, Microsoft is able to adjust the reporting of their financial data, to temporarily obfuscate the otherwise embarrassing results of market contraction. This is because if each division reports across devices then the success of a new device will hide the contraction of the old ones. At least, in theory.

But Microsoft made a huge bet in the Surface with Windows RT. And it's not panning out. They have just reported that they had to write off $900M of Surface RT inventory in the channel. The translation is this: it's not selling. They have instituted a price drop for Surface RT. I bet they won't be able to give them away. But when they finally are forced to, they will be the laughing stock of the mobile market.

Third, Ballmer wants the culture of Microsoft to change. They have been having problems between competing divisions. Coach, get your team on the same page! Wait: they should have been on the same page all along. After all, the iPhone came out in 2007, right? Ballmer didn't think too much of it at the time. That's why coaches hire strategy consultants.

A reorg can be even more traumatic than a merger. It's all about culture, which is the life blood of a company. It's what keeps people around in a job market that includes Google and Apple.

I have to give it to Microsoft: they really want to give their tablet market a chance. But they are doing it at the expense of their business market. They are reportedly holding off on their Office for Mac and iOS until 2014. A deeper analysis is here.

This is a big mistake. They need to build that revenue now because BYOD (bring your own device) is on the rise and they need to be firmly in the workplace, not made irrelevant by other technology. If they lag, then other software developers that are a lot more nimble will supplant them in the mobile space. Apple, for instance, offers Pages and Numbers as part of their iWork suite. And those applications read Word and Excel files. And they can also be used for editing and general work.

They certainly had better make their software simpler and easier to use. They must concentrate on honing their main area of expertise: software.

If they don't do it, then somebody else will. Microsoft should stop all this monkey business, trim the fat, and concentrate on what adds the most value. They simply have to stop boiling the ocean to come up with the gold.

There are some morals to this story. First, don't ever let "coach" run a technology company. Second, focus on your core competence. Third, and most important, create the disruption rather than react to it.